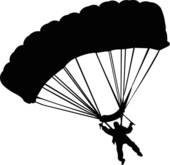 It had been coming for a while; I could feel it. I told myself it would only be for a short time. If I could just push through I would make it out on the other side. I’d been sick for the majority of December; fighting off ear infections that nearly ruptured my ear drums, my illness culminating with the flu the week after Christmas. It was Tuesday, December 26th, and I had intended on going in to work, because we were closed, and no one would be there; and if you’re a small business owner you know that time is golden, because the phone isn’t ringing and no one is looking for you. I had grand visions of spreading my paperwork out in piles and filing away 2017 in preparation for 2018. That is, until I couldn’t get off the couch. I actually thought I was having a series of panic attacks. I sent a text to Jen, my best friend. I told her I thought I was having a panic attack. Somewhere in that time I fell asleep… for nearly 6 hours. When I awoke I was freezing and dizzy. I thought perhaps I just needed more sleep. I went to draw a bath in hopes of bringing the chill I felt to and end. For some reason, I decided to pull the thermometer out of the drawer. When it finally beeped I wasn’t expecting what I saw… 102.8F. Oh… so I’m sick. That explains it.

Now, any normal person would have accepted that and thought “I’ll take time to rest”. But oh no, not me. Not this struggling ex-over achiever. I sent a text to Jen: “I have a fever, but I should be in sometime in the late morning.”

Well, Wednesday came and went. There was no way I was going anywhere anytime soon. My husband brought me Gatorade and added blankets to the heap I was already laying under. I was in and out of sleep and fluctuating fever for nearly 2 days. I briefly popped in to work on Friday, in an attempt to see if I could hang; I could not. I went back home and slept until my husband arrived home from work.

This is typical me. I seem to think I can do it all. But what drives me to do that has almost nothing to do with me and everything to do with what I feel other people might think. And worse, is that in my mind, they aren’t even posed as questions. It’s not as though I think “I wonder if people will think I’m a slacker”. The voice I hear in my head is yelling “You are a slacker! Suck it up and get to work!”. And it only gets worse from there. While I was down and out, I checked my email once daily at best. And let me tell you, it was glorious. There was nothing in that “magical” box that couldn’t wait one more day. It was Lesson Number 1 of many.

The time I spent on the couch gave me time to reflect. Did I really need to be spending so much time at the office or worse… bringing the office home with me? It’s hard to separate work from home when you live your passion every day, but there is a time when something has to give.  I began a paid Mental Health Leave Program for my employees, but do you think I had a plan for myself? The answer is no. This was that time. My plane was going down.

I began to think of why I had waited so long to pull the ripcord on the parachute. The list is long….really long…

~Saying yes to everyone but myself

~Putting everyone first and putting myself last

The red light on the plane was flashing and I could hear a voice screaming “Mayday” but I didn’t do anything about it. I ignored the warning. And I paid for it, with illness.

So, what does this bring for the new year; a time for resolutions?

I’ve never been one for resolutions, but I am one for life changes. And there are going to be some big ones coming.

First, I’m not going to bring work home with me.

Second, I’m going to work only 4 days per week. I don’t think anyone can possibly understand what it’s like to own a small business until you do. It follows you… everywhere. And unless you purposefully separate yourself from it, it will consume you.

Third… and this is going to be the most challenging… I don’t want to care what others think. I’m not talking about giving the world the finger. I’m talking about working 4 days per week without caring or absorbing the negative things people will say such as “It must be rough”. It is rough. Owning a small business is challenging and I need that day for my family. And so does the business. Because no one benefits from a burned out leader. I’m talking about letting go of what others think. Bon voyage!

If being sick for most of December taught me anything, it’s that I don’t have to be in the office all of time. I have competent employees. I can take time for other things that matter, like family and self-care. It’s time for me to not only pull the ripcord, it’s time for me to right the plane. It’s time to acknowledge the “Mayday” and move on towards clear skies. Over and out.