An Open Letter of Forgiveness 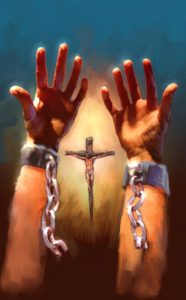 I thought about mailing this to you, with no return address – I told one of my best friends about a week ago. Some weeks like this are hard… the weeks where it’s all over the news. Things that feel so real to me. Maybe it feels real to you too. That’s why I have to write this letter. I want something different for my life, for your life. I can’t speak for you. I don’t know what you’re feeling. I only know what I’m feeling and I only know the feelings that I want to stop.

I talked about it with her, my counselor. I’ve seen a few of them. Some who tried to use God in a warped way or kept asking me “why” over and over as if that would help me arrive at until the answer. The worst was the one that the college paid for me to go see, in some weird, warped situation that felt like therapy funded by “hush money”. That is, until I found her, my counselor I have now. She doesn’t know how she changed my life, maybe I need to write her a letter too.

I sat in her office… not too long ago. Less than a year ago. The thing is, even though so much time has passed, I couldn’t stop the dreams. I hated the darkness. I hated the thought of going to sleep. Because I knew I’d see it all over again. She helped me, my counselor. She is trained in EMDR, and as hard as it was to bring things up in my mind, I needed it to go away.  The dreams, the terrors. The time I almost punched my husband in the face because I was having a nightmare and I started punching in my sleep. It was so real for me. And I needed it to stop.

Maybe this is hard for you to read. It’s hard for me to write. But for me, it’s part of arriving where I am today.

It started in 7th grade. I’m not sure if you realize that. The notes in my locker. You never signed your name, but left notes with phrases like “I loved watching you at the volleyball game last night”, or after our confirmation ceremony practice when we went to the mini-golf course and batting cages as a class… it was the note that was in my locker the next day. “I can’t stop thinking about how you swung that club and bat”. It made me uncomfortable. Partly because there wasn’t a name. Mainly because I didn’t’ want someone looking at me like that. I walked around feeling uncomfortable with everyone in our class who looked at me.

Eventually someone told me it was you. I kept turning you down. I wasn’t really into the whole dating in 7th grade or even 8th grade thing for that matter. Holding hands at the lunch table and at sporting events wasn’t exactly on my radar. We graduated, started High School. I hung out with the boys in my neighborhood; played basketball with them. My first boyfriend was a neighbor boy, but it wasn’t serious. Just holding hands and eventually my first kiss – it was what High School love is supposed to be.

Eventually we started dating. Then it happened. I remember what shorts I was wearing. Where I was sitting on the couch. I remember the color of my shirt. And it feels sometimes like I was having an out of body experience. You didn’t ask. You just did it. You did it and then you told me you loved me. I didn’t know what that was, what you did to me. I said I had to go to the bathroom and I went upstairs. My Mom asked me if I was okay and I lied to her. Right to her face. I told her yes and went in the bathroom and stared at the wall. I didn’t know what digital penetration was. I thought for sure if I told someone they would think something was wrong with me – because I didn’t realize that was something that people did. I stood in the shower that night with scolding hot water running until I couldn’t feel my skin anymore.

But the thing was, I loved you. And I didn’t understand how you could do that to me.

I didn’t understand how you could take something from me that was mine to give.

But our school also never talked about it; the class we had was so basic.

We hardly ever went anywhere on dates. It was a red flag to my parents, but I made excuses for you. I thought it would get better. But there came a time, where it started to become scary. My Dad said something to you and you got upset. You went to leave and told me to come say goodnight on our front porch. When the door closed, you swore. You swore and said that it was my fault; you said I was to go back inside and tell my Dad to never speak to you like that again.

It was the day everything changed. I had never seen that level of anger.

I’m telling you this, because I’m not sure if you realize it.

I’m not sure if you realize that you isolated me from my family. I have a vivid memory that my parents also remember. I was crying in my bedroom trying to defend you. My parents were asking me why I thought it was right… you making fun of my brother (who had been bullied his whole life) by calling him “stupid Dave” amongst other things. I felt trapped. Because you had taken something that I only wanted to ever share with one person. You did it repeatedly. I punched you in your privates quite a few times. Apparently, that wasn’t enough to get the message through. But I felt stuck. Because I felt I was “damaged goods”.

When I was talking with her, my counselor, she asked me if I still had them… the letters. The Order for Protection. All of it. Everything.

I did… I still do. I’ve tried to get rid of them so many times. But I can’t bring myself to do it.

And I told her that, my counselor. She asked me why and I said.. I said it’s because if I do, it will feel like it didn’t happen.

And this is why I write this letter tonight. This week Kavanaugh, nominee for Supreme Court Justice, has been in the news and then there’s Keith Ellison running for Attorney General in Minnesota. I can’t sleep. It’s too real.

People are having conversations that are all too real to me. It’s a “he said – she said” and I’ve lived that. And so have you.

People keep asking these women to prove it. One is. She’s releasing medical records. One isn’t and she’s refusing to get on a plane and testify before the Senate Committee.

But there’s this entire ugly conversation going on about why these women didn’t say something sooner and it’s so hard. It’s so hard to listen to this back and forth…because I didn’t tell until it was over. Noone could possibly understand what that’s like. These people in the media have no idea why we don’t talk – people like me. But it happened. It was real and time… time doesn’t change the past. It doesn’t rewrite history.

I don’t know if Kavanaugh is guilty or innocent. I just see two situations being handled so differently. And there is definitely a character difference in the two, Kavanaugh and Ellison.

But this conversation about making one woman prove it while the other who stands with proof is ignored. It’s so upsetting.

You wrote a letter, I still have it. This week proves why I still have it. You said you just really wanted to be friends with me and how you cared about me and how it would be different. And then you stuck it in the inter-campus mail, violating the OFP. In some sick twist the Campus Pastor and VP for Student Life brought me in the same room as you and tried to get us to work it out.

So this week. This week is hard for me to watch all of these things go down on TV. Everyday the media keeps talking about it.

“Prove it” they keep saying to one. And yet to the other they keep calling her a liar even though she is releasing documents to prove it.

I’m exhausted. This week has been so exhausting, and people keep talking about it.

I felt powerless, which is how I arrived at this letter.

Only a few people who were close to me knew how I felt in college. How I felt when you were following me. Sitting near me in the cafeteria. The rest ridiculed me and called me names that I will never be able to erase.

So here I sit writing this letter. And here’s what it comes down to.

I will never be able to fully erase the past. I will still struggle. But I also grew in that time and I also helped other women on that campus who were living through a similar situation with the same reaction from campus staff… from the Administration.

I will never be able to take back what was mine to give… what you took.

But I will also never be able to forgive myself if I don’t write this next portion.

There were good moments. There were memories that weren’t bad. I don’t know why you did what you did. But this I do know.

Even if you disagree with this entire letter, I know my truth. I know what the letters say that you wrote.

I know where the copy of the OFP is.

Just because I forgive you doesn’t mean it didn’t happen.

But it does mean, that I hope you can move on.

I pray that God brings someone into your life and that it’s different.

Maybe He already has; I don’t know.

He has in mine. My husband is kind, gentle, he’s a good man. He speaks well of me. I’ve never once been afraid of him. I told my husband about you on our second date, because I was afraid he wouldn’t want “used goods”. But he held me close and told me he would never think that. He listened. He speaks well of me. He defends me. And he stands by me. I thank God for him every day.

What I know is that our God is the God of second, third, fourth, fifth, and thousandths chances.

If God brings someone into your life, treat her right. Ask before you touch. Speak kindly to her.

If you’re reading this… I forgive you.