Dear Friend: An Open Letter to Advocate for Change to the VA System in America 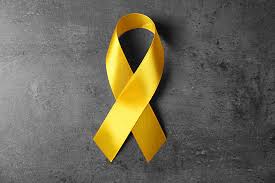 I remember the first time we met. My boyfriend at the time was student teaching. He asked me if I would meet with you because he couldn’t be there for you and you were having a hard time. Your fiancé had just broken things off with you. I drove up to MLC from my apartment. We went for a walk. You told me how you met – you and your now ex-fiancé; about your long-distance relationship with her in school, while you were in the Marines. As weeks and months went on, we became good friends. You began to date someone else and she was so good for you. You were happy. You became one of my closest friends. One of my favorite memories is of you being sober cab for me, on my birthday. Only I was the sober one. You took a life-size Lakemaid Fish Cutout from the B&L Bar in New Ulm, where we lived. We stuck it in the back of your powder blue, stick shift Chevy Aveo – I never understood why of all vehicles, a Marine would choose that… but you did. The mermaids head hung out the window as you tried to tell me how to drive a shift stick so I could bring you home. It was one of my favorite birthdays. We had such a great time together. But something was changing in you, and I could sense it; I could feel it when I looked into your eyes.

On Veteran’s Day, we went into the VFW in New Ulm. You wore your Marine Corp gear and introduced me to the other Veterans that you knew. You talked about how your buddies went overseas, and how you were left behind… honorably discharged because you had Crohn’s Disease. I started to understand your pain. The pain of letting down your comrades; letting down your brothers.

You dated and became engaged to another girl, who inevitably broke your heart. It was one of the lowest points I’d seen you. But time went on and you dated another lovely girl. But she too broke your heart. You eventually ended up dating my good friend and you and her seemed great together, but that did not last either. By this point in time, you had been so hurt by people.

One day, you asked me to come to the house you were renting, so I did. When I arrived, you seemed upset; distraught. You asked me if I was afraid of you and I said no. I will never forget what happened next. You pulled out a gun. You tossed it on the couch next to me and told me that if I was afraid of you, that I should shoot you. I panicked. I told you I would never do that. That you were my friend and I cared about you. You started crying and I suggested we go grab a bite to eat, where you worked. You apologized and gave me a hug and we headed out. If I’m honest, I didn’t want you to be alone, but I also didn’t want to be alone with you. I was terrified for you…and for me. But I knew it wasn’t your fault. I knew it was the failure of the VA system. They trained you, to be a sniper and then they set you free. They set you free without understanding… without helping you. They failed you… the systems in our country failed you.

I didn’t know what to do. I was so afraid for you. So, I called the police. I’ll never forget the phone call I got the next day, from a co-worker of yours. She told me, “The police are here. They have him…they are taking him to St. Cloud.”

I knew the moment I called the police, that you would hate me. That you would blame me. I cried myself to sleep so many nights praying for you. When you were released from St. Cloud, I knew you would never speak to me again. But I had begun to come to terms with it. I thought maybe they had helped you.

After I made that phone call, I never heard from you again.

One night, in November 2009, my phone rang. It was our mutual friend Karl. He asked if I had heard.

He went on to say that you hadn’t shown up for work. And your boss was worried about you. So, he went to your home. Your dog was by your side; your faithful companion to the end.

You couldn’t bear the pain of this life anymore. I was told you left a note thanking those who had tried to help you before…. including me. But it didn’t stop the pain.

I’m sorry I couldn’t save you. I did what I thought was best. I knew you were hurting, but our system… our system for veterans is so broken. It failed you. The very country you signed up to serve… failed you.

Today, as I sat across from a retired Marine, after standing on the steps of the Capitol, fighting for our 2nd Amendment rights, all I could think about was you.

You always put others first. You would never hesitate to help a friend, or even a stranger. Regardless of the hard times you faced, I will always remember you for who you truly were. Your smile. Your infectious laugh.

You were my friend; I’m sorry I couldn’t save you.

I’m confident that you are in heaven; and that I’ll see you again someday. Until then, I will stand up for the freedom you signed up to protect. I will stand up and fight for changes in the VA in our country. I will stand up, so that others like you, don’t fall down.

Rest in peace, my friend, until we meet again. Semper fi.