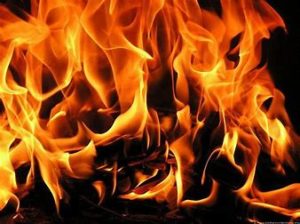 I really can’t think of any other phrase that sums up the past few weeks aside from this: “What did I just watch?” It was a rush of emotions. I lost sleep and indulged my coffee obsession like I’d never see another Caribou or Starbucks in my life so that I could stay awake at my job. Maybe this sounds extreme to you.

“How could these past two weeks have such an impact on you?”, you might ask.

The answer is simple yet complex. I’m a conservative, Republican, but I’m also a survivor of sexual assault.

I don’t think many people thought about us these past two weeks, survivors of sexual assault; I know that sounds like an odd statement in light of the fact that sexual assault was all over the news. But it wasn’t really about us. It hasn’t been for quite some time. It was a mudslinging… it was a public spectacle about the reality of how far removed politics actually are from people; people like me. I made myself watch it; watch her and watch him. Because most of the media is so biased that’s the only way I can form my own opinion. I have my own experience with media bias relating to this topic, but that’s for another time.

There’s a reason it’s hard for us; survivors of sexual assault. It’s easy for people to say what they think should happen when something like that occurs – sexual assault -but I can tell you with one hundred percent certainty something that I wasn’t thinking. The thought that never crossed my mind was, “I hope there’s a clean bag nearby that I can stick these clothes in”; or my other favorite question, “Why didn’t you tell someone right away if that really happened?”. I’ll go ahead and answer both of those for you. The only thing I was thinking during and after was how quickly I could get away and get in the shower to feel less dirty. I wanted any piece of him that touched me off of my skin so at least part of me felt clean. I wasn’t thinking “I better bag these clothes” and I sure as heck wasn’t thinking “Let me go the doctor and let a stranger swab me”. All I was thinking of was how to survive and what to say to him when I saw him the next day… because he was my boyfriend.

Earlier this week, I was talking with a friend and we were having an open conversation about both of our experiences with sexual assault and it came up – The question that everyone seems so hell bent on using as evidence of a person’s guilt or innocence:

“Why didn’t you tell anyone?”

She didn’t ask it, because she would never ask me that. I was sharing why I didn’t tell anyone at first. I told my friend that I didn’t tell my Dad because he said if anyone ever did anything like that to hurt me, that he’d take care of it (read between the lines here). And so, I didn’t tell him. And then I turned and saw her crying, my friend; and that’s when I gained a perspective I’d never considered. She said something that struck me to the core.

“You’re so lucky. I wish my Dad would have acted like that”.

We sat there in silence, both crying. It was a lesson in the reality of sexual assault; not everyone handles things the same way. There are family dynamics, cultural dynamics. There are so many things to navigate.

I was still in college when my parents found out. I use the phrase “found out” purposefully, because I had never intended to tell anyone. Although, my Mom will tell you she knew something was wrong. I remember her knocking on the door when I was standing in the shower and asking me if I was okay. I choked out “I’m fine”. I remember the day I came up from the basement and she looked at me and asked me what was wrong and I told her that I wanted him to leave. This is not their fault; it is neither of my parents’ fault and we have got to stop blaming people like them.

The worst comments come from those who can’t seem to understand how manipulative relationships work; how anyone could possibly stay with someone.

Let me break it down for you:

It starts with placing doubt in your mind by saying things such as “You don’t have many friends.” And then from there morphs into hate bashing of the few friends you have and criticizing them until you slowly separate yourself.

It morphs into your family by using phrases such as “Your Dad is a little controlling don’t you think? Otherwise he’d let us close the door to the basement.” And that’s how it starts. It only gets worse from there.

Phase 1 complete. You’re isolated from your friends and family.

It continues with tearing down your image of yourself from your body to your talents. Nothing is ever good enough. I remember going shopping after we had broken up. My friend and I were at Old Navy and there was a coral colored linen shirt and white shorts that I really liked. I went into the fitting room to try them on and came out. My friend said, “They’re kind of big. Let me get you a different size”. The sizes I had grabbed were the size I had always worn, Medium and Size 6. The size I actually was – Small and Size 2. I had it in my mind that clothes that fit where “skanky”, so I wore clothes that were more loose fitting. That’s just one example. The same rung true for music. I can’t even get into that; it’s still too painful. But there was a day the music died for me and it’s only recently coming back since going through EMDR.

The final phase is ultimate control. I always wondered why he hated my friend Amanda. It was simple. She asked too many questions and was figuring it out. And even worse for him; I wouldn’t let her go. He hated her. He also had many friends that were girls and would say things like, “I knew this would be a problem for you. Just get over it! I have friends that are girls and you’re just jealous”. More like alone. I was completely alone, and he knew it. He accomplished what he was after.

It’s not easy. Writing about this. But it’s far worse not saying anything in the wake of this circus that’s been occurring this week.

The fact is, there are some institutions that just plain suck at making women feel safe. And the college I attended was one of them. Some of you have wondered why I didn’t take a “Call”; wondered why I left the WELS. Well now you know. The arrogance of that group of administrators is something I’ve never experienced. The education is great; their view of women is despicable. And I’m not sorry for saying that. I will not apologize when the current handbook at that institution still to this day states that Sexual Assault allegations should be made the VP, a male. The same male that asked me inappropriate, silencing questions. The same administration that sat on HIS side in the courtroom when I had my Order for Protection amended because he would not stay out of the dorm I lived in. I will not be silent anymore, because I am not alone. There are more than just me and if I stay silent then I do others who continue to attend that college a great disservice.

I gave up my dream job that I’ve had since 4th grade, and he got to keep his.

Do I love what God has called me to do? Absolutely. But that doesn’t negate what I gave up.

So, this week. This week has been pure hell. A rollercoaster of emotions.

It should have never been handled this way; what a public train wreck.

And above all, how sad for those of us who have survived sexual assault.

I took a self-defense class in college and what I learned in that class is a perfect example of how uncomfortable America is with rape and sexual assault. We were taught if you were being attacked to scream fire; never scream rape, the instructor explicitly stated, because people are less likely to come.

Well America, we are being assaulted by our own politics, so maybe it’s time to scream “fire”.