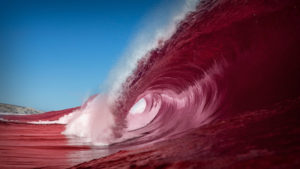 She used to keep the workbooks after the school year was over; keep the leftover pages that hadn’t been used. At school she was quiet and shy, but at home she was talkative. They said she had her Dad’s sense of humor; she liked to be silly.

One of her favorite things to do was walk her grandparent’s dog, since their family didn’t have one. His name was Buster.

She enjoyed sitting next to her Grandma in church on Sundays; her Grandma would sing alto and as she grew older she would too.

After school she would play basketball or piano; depending on the day.

For many years she ice-skated.

As she grew up and went to college, she did something out of the ordinary for her. She enjoyed playing golf but there wasn’t a women’s golf team; so, she asked if there could be one. At the time this was not a possibility, so she jokingly asked if she could play on the men’s team. She was told she’d have to try out from the tips with the other men. The three men she was grouped with were cracking jokes as she teed off. When the round was over two from her four some were the ones to be cut; the two who had been cracking jokes. She was the first female to play on the men’s golf team in college.

She graduated from college and waitressed two jobs while starting grad school. Eventually she started a third. She was determined.

During the Summer she taught Summer School.

On Sundays she played the organ at church.

In her spare time, she gardened and landscaped at the small house she purchased at the age of 22 where she lived by herself.

What do you think? Does she sound like someone you might want to have coffee with? Perhaps grab lunch?

How do you feel? Keep that in mind.

That girl, now a woman, is me.

My purpose in writing this is that anything that I’ve accomplished, seems to now be considered irrelevant, because I am a Republican.

We are living in an interesting time in our nation’s history. Conversation and talking about actual policy appears to have gone by the way side, replaced by hard lines – you’re either right or left.

And apparently, left is right and right is wrong.

At least that’s the way it appears.

Think I’m wrong in my line of thinking?

During my 30 days at the Capitol I did not get pushback.

I had support. Many people were upset and helping me demand change.

But that all changed the day the first yard sign went up in my yard. And then second. The third. And now the fourth.

Jeff Johnson, Doug Wardlow and Kim Spears have all been to Here We Grow and they all know about the DHS data.

Jim Hagedorn I’ve also met several times and he also knows about the DHS data and the national roots which feed the issues we face in Minnesota regarding child care.

Meanwhile, I’ve received an email telling me I’m “too emotional” when it comes to dealing with one elected official in particular. Forgive me for not remaining silent while an elected official attacks my business. (sarcasm). Although I bet if it was a Republican attacking yours you’d be up in arms as well.

And then their’s my favorite phrase “I don’t want to talk about this with you”, followed by them dropping their opinion about me. Yes, go ahead and spew forth your opinion while essentially telling me to remain quiet because you don’t care about mine. (again sarcasm).

I’ve had words of caution about my beliefs, because I am vocal.

But I ask you this question.

What if my yard signs were blue? What if they were democratic candidates?

Apparently, it’s perfectly acceptable for others to protest, cry, get angry, share their viewpoints in any manner they so choose.

Because I am a Republican.

Apparently the fact that I am uninsured, along with my husband and  can’t provide health insurance for my employees even though I could have five years ago…

Because I am a Republican.

I spent 30 days at the Capitol with elected officials working across party lines, up to and including attending a democratic dinner where I literally sat for over two hours while those running for office and in attendance ridiculed people like me; after which I wrote a blog post and made a correlation between the shape of the cookies and the people’s actions that night and people lost their ever loving minds – the same people who delightfully share memes and hate speech of their own about our President. But forgive me for not sitting quietly after learning the hard way that my elected officials don’t actually care about me, but then get upset when I try and vote in change. (again sarcasm).

Forgive me for pointing out that they don’t care about people who have different opinions and thoughts then they do; people, who are conservative, because I have emails that are ignored and hard data that shows a state agency that is out of control. Forgive me. (sarcasm… seeing the pattern).

Here I am. An individual who has never once in six years ever had political signs in her personal yard at her house, let alone her business. But my voice was ignored so I had no choice.

I have yard signs in my yard and am campaigning for Republican Candidates.

This week someone ran over my yard signs at my business. The pictures don’t lie; the tracks lead right to the signs.

So, the fact that people seem to want to tell me that I am “risking my business” by speaking out is intriguing.

Party lines and reaching across the aisle needs to be a two-way street.

I tried to work with our local elected officials and aside from high fives and hand shakes I saw zero results.

So maybe we should consider the following:

If I am willing to “risk” my business; it must be pretty bad.

I am a female.

I am a business owner.

I am a Christian.

I am a survivor of sexual assault.

I am a leader.

I am a conservative.

I am a Republican.

I will not apologize.

And I am not alone.

There are more business owners like me; many of whom are female.

So maybe that’s the problem people have with me.

It’s not my views.

It’s not my emotions.

It’s that I’m not alone.

Another female business owner reached out to me to thank me for being vocal about my conservative views.

She said, “Don’t ever let the bullshit get to you. It means you’re making waves and most people are afraid to surf!”