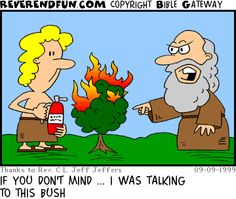 (Stop trying to change my word auto-spell, I don’t mean Ofuda or Oujda or Ouida or any other random words you think I’m trying to type. So, quit underlining my word in a red squiggle – you’re throwing off my groove. And beside Oofda is much cleaner than my other choice words for this past week which would have sounded something like Clark Griswold in Christmas Vacation – Hallelujah – Holy Shit, pass the Tylenol – but I digress)

You know those moments where you feel like you can’t move – you want to, but you’re on the brink of a breakdown and even bribing yourself by promising your inner-self Starbucks if you just get up and get going ain’t gonna do it this time?

Picture it. There I was lying face-up on the couch. I had been there since 3am, TV on in the background with some local news channel playing the weather in a robo-voice. By this point I had been up no less than 5 times prior to 3am in the past week and let me tell you, I was a hot mess. You see, just about the time I would fall into a deep sleep and Mr. Sandman would visit (cue theme music), I’d also get a visit from my least favorite person… freaking Eileen.

“You up? Great, because we’ve got things to discuss and let me tell you… it ain’t looking good. You’ve got paperwork on your desk that’s not in the file cabinet.  You better hope licensing doesn’t visit or you’re going to look like a disorganized wreck. Woof. How embarrassing would that be? You know what else would be embarrassing? If your infant loan didn’t go through. Oh man that would just be a hoot! Everyone you do consulting for would think you’re a joke! Or even worse, what if people start leaving because you can’t get it together. Then your business would go under. You’d lose your house! Oh man.”

After an hour of listening to Eileen drone on about my less than exceptional level of awesomeness, I had landed on the couch, hoping that B wouldn’t follow me. Most of the time she stayed behind, but not that day. Captain No Boundaries followed me to the couch, where I proceeded to lay in a frozen-like state staring at the ceiling, trying my usual hand at my favorite tactic – grabbing the pen from God.

“Okay,” I told God. “Here’s the deal. I’m not winning. I’m not even close to winning and I don’t want to do this anymore. So, forget Moses and this damn bush you’ve set on fire next to me, I don’t want it. Just pour water on it already and get it over with. End this misery.”

Somewhere amidst my rant with my Maker and the droning on of the looping robo-voice weather forecast, I finally fell asleep. Thankfully Eileen had taken a hike. When I woke up, I was on auto-pilot. I got dressed, put some makeup on, threw my hair in a clip and went out the door. As I was leaving my driveway, I decided to call my banker.

And then it happened.

“Hey Beth, I was just getting ready to call you! The SBA Approved your loan and it just has to go to our underwriters.”

I laughed nervously. He he…. He.

“I know this has taken a long time,” he said. “But it’s happening and we should be all set here within the next week.”

And then we proceeded to have our usual conversation about the child care crisis and how his wife does home daycare and how the regulations/county payment situation is making her think about possibly calling it quits.

Yada, yada the phone call ends and I answer a second phone call from our Farm-to-Table Meal provider, Friesen’s. Natasha, one of the Owners who is also a Public Health Law Attorney, and I, chat about a meal component and then she says, “So Tony and I were discussing how we talk about a lot of things, but I want to start actually doing them. If you want to host a free event for business owners to understand how Child Care impacts their business and how offering a small stipend for Child Care would help their business grow, we’ll donate the space and write-off the food cost, so it will be free for people to attend”.

I get off the phone with her and by now I’m freaking out. Jesus Jams are cranking on the radio and I’m having a celebration in The Beast.

(The Beast is the name I gave to my giant red vehicle, a Yukon XL. All I have to say is, 20 plus gallons of milk and food from a weekly Sam’s Club run for 38 kids doesn’t fit well in anything smaller… just sayin’)

So, I’m rocking along and I get to work and I check my email and what awaits? An email of validation. I’m taking a Director Credential Course right now and all I have to say is I was struggle bussing it with this last week’s material, because good-night Irene, it was a bunch of crap about not being a “human” in the workplace and not being “buddies” with your employees. Umm yeah… about that. My Bestie is kind of the Assistant Director… so hell to the no. Plus the whole thing went against everything I believe to be true about company culture. Anyhow, I had shared the email with a friend in the field, and she responded with “Please tell me this is a joke. Who decided this was a good idea to include?”

I was all like, “But I can’t do this anymore give me a fire extinguisher to put out this bush!”

And God was all like, “Boom. Bush turned into forest fire”.

And God was like, “Hold my match and watch this.”

And I was like, “Fine. You can have your pen back. Also, thanks for having a plan for me”.

And I did… for approximately 24 hours. It’s a work in progress alright? If you’re not familiar with Moses and the Burning Bush you can read more about it here: https://www.biblegateway.com/passage/?search=Exodus%203-4&version=NIV

A while ago, in a moment of humanness (boom take that stupid article from the class I’m taking), one of the teacher’s from Here We Grow and I were talking about life and our journeys and she mentioned a sermon her cousin had given on the Burning Bush. In case you’re not familiar with the Burning Bush, God comes to Moses in a burning bush and essentially Moses tells God that he can’t do what God is asking him to and makes a crap-ton of excuses.

At the time, I was feeling very overwhelmed with all of the doors that God was opening and I was running around trying to close them, because I didn’t feel worthy or skilled enough.

So even on days when Starbucks can’t make me move, God looks at me and moves the mountain.

And sometimes He doesn’t.

But even when He doesn’t, I know He is writing my story. And I will put down the pen and the fire extinguisher… most of the time… alright so He’s probably going to have to grab the pen back sometimes and confiscate my fire extinguisher. But each time it gets a little easier to let go.

It is Well, With my Soul.