The Right to Be Equally Offended 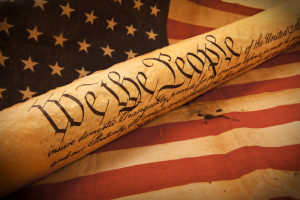 Since this legislative session began in Minnesota, I have spent over 20 days at the Capitol. What began as a movement to expose the inconsistency, targeting, and straight up bullying by the Department of Human Services towards privately owned child care providers, has turned into something far greater:

I am standing up for my right to be offended.

You read that correctly; it is not a typo.

I am standing up for my right to be offended.

Over the years, I have learned to keep silent. It started when Trump announced he was running for President. I was elated that someone whose views on small business, taxes, health insurance, and freedom of religion, aligned with mine. But I quickly learned, that my thoughts and viewpoint didn’t matter, because if I was a Trump supporter I was automatically categorized as a misogynistic, homophobic, racist – I was offending people, but I myself had no right to be offended.

In the early morning hours of November 9, 2016, I sat on my couch in my living room crying at what was unfolding in front of me as the final election totals came in. It wasn’t the empty room with sad balloons strewn across the floor where Hillary Clinton’s supporters once stood vigilant that had me in tears. Rather, it was the final counts coming in at nearly 4 in the morning signaling that Donald J Trump was going to be the next President of the United States of America. My Dad and I were texting each other; I, a second-generation small business owner, finally having hope for the future.

The next day when I went into work my phone was going off with people asking me how I was doing; “Are you okay?”… “I can’t believe this happened!”… “I’m so sorry”. The majority of my friends had assumed, incorrectly, that because I was a female, small business owner, I had voted for Hillary Clinton. It made for an uncomfortable situation and it all comes down to one phrase:

I no longer have the right to be offended.

What began as a fight for the rights of families and child care providers, has become a fight for my right to be offended.

I sat in the gallery during a floor session of the House of Representatives, while elected officials on the left, some from my area, spoke “on my behalf”, using broad sweeping language such as “The residents of my district (Greater Mankato) want the MNCare Buy-In as an option”. I stood up in the gallery and looked over that railing as I shook my head – I was offended.

I sat in the gallery while elected officials on the left, from across the state, discussed abortion and a woman’s “right to choose” – I was offended.

I sat in the gallery while elected officials on the left, voted in opposition to an amendment that would protect child care providers from further rule making by the Department of Human Services without legislative approval – I was offended.

I walked through a sea of orange in the rotunda, as I listened to individuals who do not fully understand the 2nd Amendment, demand gun reform that infringed upon the rights of every citizen in this country – I was offended.

But in this country, I no longer have the right to be offended.

In this country, my rights don’t matter anymore.

In this country, I no longer have the right to be offended, because in doing so I am offending someone.

Well you know what – I’m offended.

I’m offended that God has been stripped from schools while others exercise their non-Christian religious freedoms in those same schools.

I’m offended that my 2nd Amendment Rights are under attack, while Bloomberg and others who walk around trying to strip them, are protected by their armed body guards.

I’m offended that others demand that I respect their right to be offended, while trampling all over mine.

And I’m not going to take it anymore.

You have every right to be offended and so do I.

If we’re for equality in this country, then we have equal rights to be offended.

So here I stand, fighting for my right to be offended. Amen.