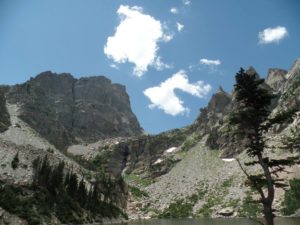 It’s a question I hear often throughout my day. The one little word that holds so much potential for a child; yet so much frustration for an adult.

The three-letter word that has the potential to either inspire a person to investigate further in wonder or throw their hands up in frustration.

The sneaky little word that seeps into my mind and wreaks havoc; and much like the infamous Pringles commercial proclaims: “Once you pop, the fun don’t stop.” A million “whys” come flying out just like the chips in the commercial. The “whys” roam around my head, desperately searching for an answer.

I decided to drive up towards the cities today; today the day of my accidental, definitely non planned, oh well it’s noon so what’s the point of going in now, mental health day. Yeah that’s right. I slept until noon. But only after I had fallen asleep on the couch at 8pm last night, woken up around 10pm, showered, went back to bed and promptly slept through my alarm until 8:10am this morning. Followed by my moving to the couch and then apparently falling asleep yet again until my worried best friend, who also happens to be my Assistant Director, called and woke from me from my 16 hours of non-stop sleep.

And man, I could have gone to sleep for another who knows how long right after I got off the phone with her.

Instead, I finally got up and got dressed at 3:30 in the afternoon. Yes, for those of you keeping track, I did nothing for nearly 24 hours aside from sleep.

It was glorious and un-nerving at the same time, because I naturally felt like a slacker, regardless of the fact that I typically work what feels like non-stop. But that’s for a different day.

So I hit the road to gather a few items for my sister-in-laws wedding this weekend. But mainly, I felt the need to drive to my favorite store of late: Lifeway. And I really wanted to hammer a few things out with God along the way. Like the answer to my favorite little 3 letter word: why.

Why did it have to happen to her?

Why does it have to keep happening?

Why did she have to get hit by the car?

Why did the insurance deny her surgery?

Why did the insurance deny all 3 appeals?

Why won’t you tell me why?

Why did it have to be her?

Why did she make it through a terrible nearly 10 years of our life following surgery only to be rear-ended by some guy driving a giant truck way too fast in a blizzard?

Why did she have to then get hit head-on by a distracted driver?

Why did I have to be on the phone when it happened?

Oh, and while you’re at it, why couldn’t I have a childhood filled with nothing but happy memories, skipping the tour of hospitals?

My head was pounding. I walked into the music store next to Lifeway and listened to the children in the midst of music lessons. It reminded me of my childhood. The fun and good memories. Falling in love with piano at the age of 5. Playing organ at age 14. Vocal lessons. Alto Saxophone starting in 5th grade because that’s what my Dad played and I wanted to be like him. The smell of that disinfectant that they spray on your mouthpiece during lessons. Picking up percussion in High School. College music classes. The smell of the old chapel building that held all of the organs. The first time I sang a song in Italian and hit the A two octaves above middle C and the A below, all in the same song. And I could feel it. I could feel it building behind my eyes but I refused to acknowledge it.

I made my purchase and walked next door to Lifeway. I wandered through the signs in the front part of the store, along the wall. All of them spoke to me; yet none of them spoke to me. I kept walking until I reached the CD’s. I know. Kind of “old school” but I’m not really into the MP3 situation.

I picked up 6 CD’s and wandered to the books. My nemesis. I tried to talk myself into not buying any, but alas, they are my weakness. I ended up with a book by Ann Voskmap entitled, “One Thousand Gifts: A Dare to Live Fully Right Where You Are”. I grabbed another impulse by book by Max Lucado as I made my way to the checkout.

When I hopped in my car, I put in a CD by Corey Voss and started driving. I headed to DSW for some new boots and then to Kohls to grab some undershirts for Josh, for his sister’s wedding this weekend. By the time I hopped back in the car Track 4 was on – and I felt it.

I felt the pressure start to release in my head as the one thing I always try and avoid at all costs occurred.

It was just one at first. It was fast. It was over in a split second. It started on the left.

It quickly moved to the right. But I managed to stop it with only one more escaping.

I drove my beast (what I call my Yukon XL), towards Starbucks. By the time I had finished ordering my Venti, Chai, No Water, Coconut Milk, Pumpkin Spice Latte (yes I know what you’re thinking and this drink is about as “high maintenance” as I get so cut me some slack)… by the time I was finished ordering Track 4 was nearly over, so I took it back to the beginning. And I heard these words:

He is not confined, He confounds

He will not resign, He resounds

He is not restrained, oh hear the sound

Rocks are falling, the broken calling

To the God who moves the mountains

The earth is shaking, the weary waking

To the God who moves the mountains

The God who moves the mountains​

And it was all over. Left, then right. Left then right, then both. They were falling fast and they weren’t stopping, the tears.

Silently awarding myself for having the best yet worst ugly cry, I tried to make myself laugh to get it to stop…

I was nearly hyperventilating as I was yelling at God, “Why won’t you move this mountain?!?!”… as I repeated it over and over in my mind, the yelling turned to begging.

I would love to tell you that I received a response, but I did not. What I heard instead were the lyrics to my next song. I write a lot of music that I rarely share. Most of it is so personal that I just can’t bring myself to do it; not yet. But maybe someday it will help someone.

Someone, who wants to know “why” and hears nothing but deafening silence.

And then it hit me. Do you ever have those moments where you need to stop whatever you are doing and write? It’s kind of a blessing and curse. I love to write… but usually my inspiration comes after 10pm.

So here I am, writing. Wondering. Waiting.

Sometimes it’s hard to believe in God. Especially when He feels so far away. But the older I get and the more I walk through, I realize that this is how I stay close to Him.

Maybe you’re thinking what I used to think. “Wow, that’s pretty messed up that your God keeps you close that way”.

I don’t exactly recall when the switch happened for me, but somewhere along the way, I decided my anxiety is like the thorn in Paul’s side. He begged and begged for God to remove the thorn from his side, but he didn’t. We never learn what Paul’s thorn was. It’s one of the things I want to ask when I get to Heaven. Along with one other question. One three letter question.

I have to trust that He knows the “why” and maybe someday I’ll know or maybe I won’t.

This thorn that brings to my knees so that I have to look up, just in time to see God moving the mountain.

“He replied, “Because you have so little faith. Truly I tell you, if you have faith as small as a mustard seed, you can say to this mountain, ‘Move from here to there,’ and it will move. Nothing will be impossible for you.” ” Matthew 17:20