Begging to Be Ruth 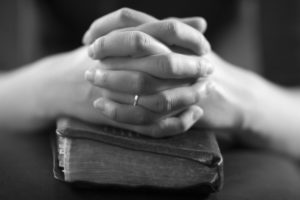 It all went so perfectly. What I thought should happen:

Step five. Enter the workforce as a substitute teacher which would perfectly align with my children’s schedules, allowing me to have the best of both worlds.

What I meant to say was, “It all went so perfectly…in my mind.”

Step five.  Mourn the death of my original plan… at the age of nearly 33.

If my life were a map, I’d envision it to have more hairpin turns and backtracking than an Indy Car Road Race. But therein lies the problem. That is my map. While my map is full of twists and turns, God’s map for my life is a straight path. It’s the one He intended the entire time.  And while I view it as a struggle, it is just as He planned it.

King Solomon wrote in Proverbs 3:5-6 “5Trust in the Lord with all your heart and lean not on your own understanding; 6in all your ways submit to him, and he will make your paths straight.”

Oh, how I longed for my paths to be straight… straight into college, followed by marriage, followed by children. But the problem is that what I longed for, wasn’t part of God’s plan. All I wanted was to be Ruth. I just wanted to live the simple life. I would fly under the radar, quietly. I would follow my husband wherever God led him, and I would have children… two to be exact. And then I would live a quiet life as a substitute teacher. Win-win. It was going to be a great life. The perfect balance.

The only problem was, that while I was begging to be Ruth, God was calling me to be Esther.

The plan I had for myself quickly derailed. My longtime boyfriend and I did not get married by 22. Instead, we broke up. I did not have children by the age of 28; I wasn’t even married until I was nearly 30 and we have not yet been blessed with children. I own an early childhood center, so I’m certainly not going to be a stay-at-home Mom. Which also means that I won’t be serving as a substitute teacher.

In case you’re keeping track that means literally 1 out the 5 key parts of my plan for life, were fulfilled.

This past year was a struggle for me. My husband and I had challenges conceiving and worse (from my perspective at the time), God was opening doors that to hallways I did not want to enter.

It all started when I began consulting. I soon began to realize that paperwork that was identical for each of my clients, was being sent in to the state Department of Human Services and coming back with very different recommendations. Each one was literally different. I began to see the challenges and inconsistencies of the system, but I did not want to address them. After all, I was not having any problems with the state and there was no way I was going to poke the bear. So, I tried to close that door. But two consulting clients turned into three and then four, and before I knew it I had a waiting list for consulting. But worse (in my mind), the one open door had multiplied into 3 and 4 open doors and every day another door opened.

“No way!” I yelled at God. “I am not doing this! Pick someone else. I just want to have kids and live a quiet life.” So, I began to feverishly run around trying to slam those doors closed. Only each time I closed a door, God opened not just one door but two doors. And as hard as I tried to slam them closed, God opened them faster than I could close them.

One day, I was talking with Haylee, a teacher at Here We Grow, but also a close friend. I was sharing my frustration with her, and she smiled and told me about a Sermon her cousin had given regarding Moses and the Burning Bush. “But I don’t want the bush,” I told her. “I want the bush to be put out. I want God to pick someone else.” And so, I desperately tried everything to ignore that bush. I began to plead with God, sometimes out loud, as one by one doors flew open and the bush kept being reignited.

One day, as I was driving to work, after receiving news that our infant area was delayed for what felt like the eightieth time, I angrily threw my hands up in frustration and yelled to God, “WHAT IS THE LESSON?! Why can you not give me the answer?” (Not my finest moment might I add).

And when I was finished, tears streaming down my face, I turned up the radio and heard these words being sung by Hillary Scott,

The tears were really streaming now. I was sad. I was terrified. I was embarrassed for yelling at God.

But above all… I was calm…. For approximately 2 hours. (I’m a work in progress)

That night I wrestled into the early hours of the morning with God. I even wrote a blog post about it entitled “The Burning Bush”. I wrote that blog post on Sunday, October 8th, 2017.

Three days I later I received a phone call that would rock my world. “This is an investigator calling from the Department of Human Services. I’m calling to inform you that you are being investigated for maltreatment due to the playground accident that occurred at your facility. Which of the following three dates work best for you?”

I never had a reason to walk through those doors that God was opening. Who was I to be the one to try and bring light to a horrible regulatory environment within Child Care in Minnesota? Why was I, not skilled in legislative processes or even my own legal rights in this situation, being called to do this?

But who was I, to question God?

Who was I to be begging to be Ruth, when He was calling me to be Esther?

His plan is still unfolding as we speak. Every time I think I have His next move figured out, He is 5 moves ahead that far exceed (and did not include) my one move.

Those consulting clients? He is working through them. They are holding Town Hall Meetings with their local Senators and Representatives regarding the issues that He has brought to light through what I considered tragedies at Here We Grow. An open door.

Those Legislative concerns? He is working through elected officials. He chose for this work, elected officials who are God fearing and share their faith when I speak with them; who help me understand the process. An open door.

Those fears I had about being able to do this, while operating Here We Grow? He placed God fearing teachers in my life, who are strong in not only their teaching ability and their desire to partner with families, but strong in their faith; they lift me up when I am down or struggling. An open door.

Those fears I had about families not understanding? He placed God fearing, strong parents who share words of encouragement, and even personally recorded videos, in my times of greatest need. An open door.

Who was I to beg Him to let me be Ruth for my benefit, when He wanted me to be Esther, for His glory?